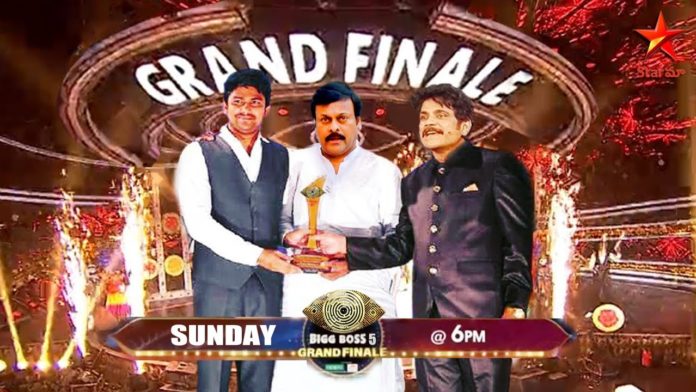 Bigg Boss Telugu season 5, the latest instalment of the most popular Telugu-language reality show, is scheduled to air its season finale on December 19 at 6 p.m. Bigg Boss 5 is much anticipated as a result of its roster of talented fresh contestants, not the least of which is a VJ or famous social media stars. Fans speculate that VJ Sunny may prevail, and Indian Idol winner Sreeram Chandra or social media star Shanmukh Jaswanth might be the runner up.

Fans believe that Star Maa and organisers are considering VJ Sunny to win season five of Bigg Boss Telugu. Meanwhile, VJ Sunny also dominates the voting results in the grand finale week. On the evening of the last weekday, Siri, one of the five contestants in finale week, is expected to leave the BB house.

The winner will be decided on the highest votes. Therefore, the trophy will be allocated based solely on Star-Maa’s decision in Bigg Boss Telugu 5, and fortunately, that coincides with fans’ voting in this season. The contestants of Bigg Boss Telugu 5 have entertained the audience and sparked their interest, leaving it up to fans to ensure that their votes are as high as possible.