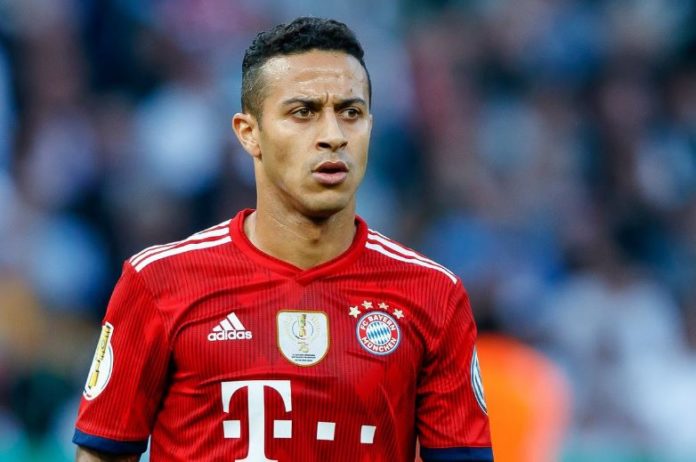 Thiago Alcantara is a Spanish professional footballer who plays as a central midfielder for German club Bayern Munich and the Spanish national team. He has been noted for his accurate distribution of the ball, as he possesses great passing technique and vision, and maintained a 90.2% pass success rate throughout the 2016–17 Bundesliga season, higher than any other player in Germany.

He joined Barcelona aged 14, and made his first team debut in 2009. After winning honours including four La Liga titles, the UEFA Champions League and the FIFA Club World Cup for Barcelona, he was signed by Bayern for €25 million in 2013. At Bayern, he has won 14 trophies, including the Bundesliga in each of his first seven seasons. Thiago was selected for UEFA Euro 2016 and the 2018 FIFA World Cup.