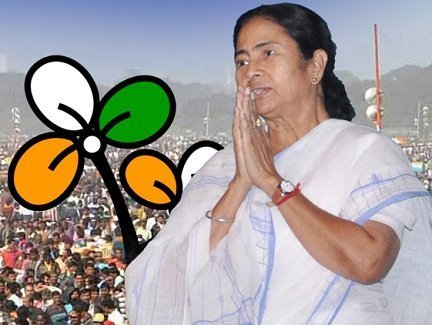 West Bengal is the forefront of economic development in the North Eastern part of India. The Communist Party of India (CPI) also known as the ‘Left’ had warmed the couches of the Bengal Assembly for 35 years and it was time for change. Suppression of secular voices, poor policies and lack of development in the rural economy triggered the change which welcomed Mamata Bannerjee, popularly known as ‘Didi’ to the throne.

Mamata Bannerjee was vibrant, tough, oozed with confidence and her voice in the Singur protests against the Tata Nano plant echoed all over India. She promised development, resurgence of the rural economy, jobs and improved quality of life for the urban population. Her promises supplemented her charismatic speeches which portrayed her as the only option to free Bengal from the clutches of Communism.

However, was it the right decision taken by the people of Bengal? 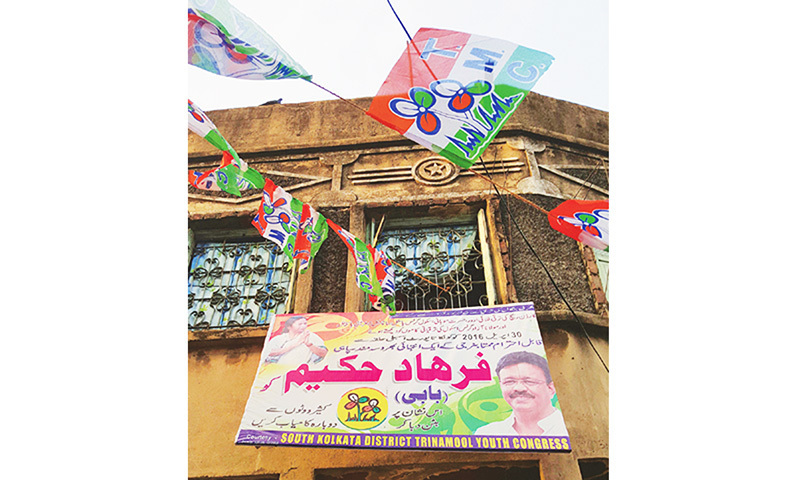 As quoted by The Dawn, the above image is of Bobby Firhad Hakim, who was contesting for the Bengal Assembly Elections in which Mamata’s All India Trinamool Congress swept the Left out of power.  “Please come along and let us take you to mini-Pakistan in Kolkata,” said Bobby Firhad Hakim in one of his rallies as he campaigned in the Garden Reach area which is a Muslim dominated constituency.

Guess who became the Chairman of the temple community once Mamata Bannerjee came into power ? It was Bobby Firhad Hakim!

Mamata Bannerjee has braced the minority Muslim community with open hands and it is way too obvious in the ruling government’s policy and decision making. West Bengal is known for its magnificent Durga Puja celebrations and the festivity, grandeur during this period is well known. However, the West Bengal government brought in restrictions for the Durga Puja processions and it quite obvious as to which side the government is on. The immersions of the idols are supposed to be over before Muharram which is celebrated by Muslims around the same time.

Appeasement politics are at an all time high in West Bengal and the Court’s hearing regarding the Durga Puja issue claimed just that.

During the Lok Sabha Election campaign in 2014, Mamata Bannerjee openly quoted “Modi has no right to say he will oust Bangladeshis from West Bengal. Who is he? He is nobody,”.

Infiltration from Bangladesh has seen a steep surge ever since the Trinamool Congress came into power in West Bengal. The future of Mamata’s vote bank will be Bangaladeshis ‘masked’ as Indians under the cover of ‘Didi’. Rohingyas have taken a comfortable refugee in Bengal and the numbers are increasing as we speak. The Assembly Elections saw Mamata Bannerjee coming to power with a solid 82% share of electoral ballots from the Hindu dominated community.This number is bound to fall in the forthcoming Lok Sabha Elections in April/May 2019. Mamata Bannerjee has forecast that and she will make the most out of her dominance in the Muslim dominated communities. Reports in international news channels like Fox News reflects the image which the West Bengal government has earned worldwide.

Locking Horns with the Central Government

Mamata Bannerjee is daring and authoritative, however, her stance against the Central Government’s welfare schemes which benefited millions in other states of India has not gone well with the people of West Bengal. The people of West Bengal are smart enough to understand that PM Modi’s first term might not have been great.At the same time it has not been as worse as Mamata portrays it to be.

It would be against the ethics of journalism if I deny that West Bengal has not seen any development under ‘Didi’. Her local welfare schemes, cycles for students, toilet and power infrastructure (which have both been the highlights of the central government as well) have not gone unnoticed.

However,  corruption has overshadowed welfare, goons have overpowered peacekeepers , the BJP’s image has been falsely portrayed beyond limits, infiltration has worried the local population, insecurity has taken over the minds of Hindus and all these factors will play a major role in the way West Bengal votes in the forthcoming elections.