Home Entertainment The Salary of many actors are equal to the budget of women...
Facebook
WhatsApp
Twitter
Telegram 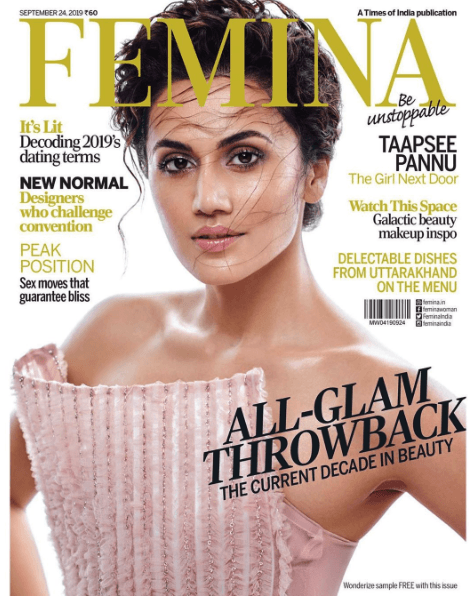 Actress Taapsee Pannu on Saturday claimed that there is still a long way to go between male and female actors pay alike in Bollywood. “We have a long way to go,” said Taapsee during an interactive session at the 50th edition of the International Film Festival of India in Goa. He said that in Bollywood, actresses are paid as much.


It is not even half of the payment made to the film’s lead actor. The actress further said, ‘Sometimes the amount paid is not even equal to a quarter, to be honest it is less than that. Half the salaries of the leading heroes are the full budget of women-oriented films of actresses of A List. Taapsee went on to say, “I hope that this will change while I am alive. This will happen only when people go to see women-oriented films in the theater. Only the box office can change this.” Do you agree with her statements? Comment below.