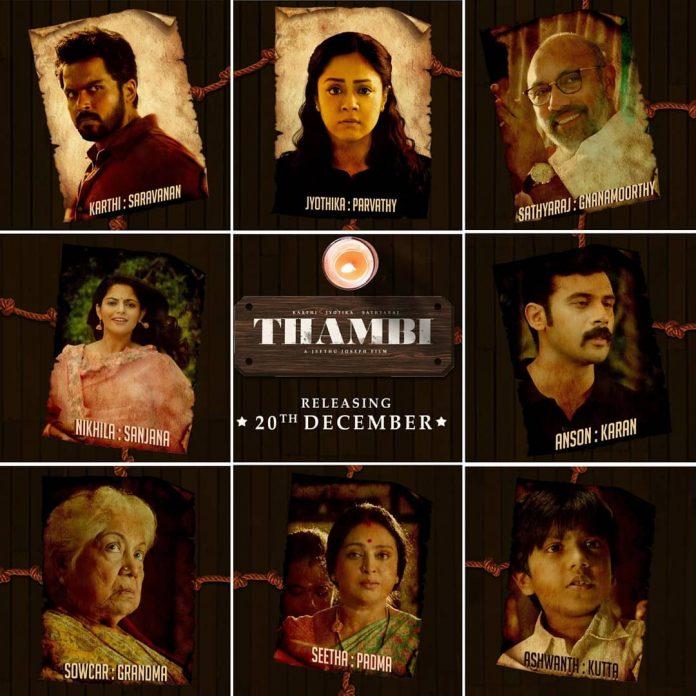 We watched Thambi FDFS in abroad and being a Jeethu Joseph movie expectation were very high and since this would be the first time Karthi and Jyothika acting together audience were eager to see how they would fare as brother and sister. An interesting and excellent thriller which keeps us engaged throughout the movie with a nice family sentimental sequence. It was refreshing to see actress Sowcar Janaki on big screen after a longtime.


Karthi as a conman fits very well and his nuances with subtle acting takes this movie to next level. Jyothika’s role has equal importance and their interactions will be a highlight of this movie. Sathyaraj as usual excelled in a supporting role, we don’t want to reveal much about the plot because then it would break the suspense which is what keeps this movie engaging throughout. The climax has a twist and this is similar to what Jeethu Joseph did in Drishyam. Audience will love the climax and would come out satisfied.