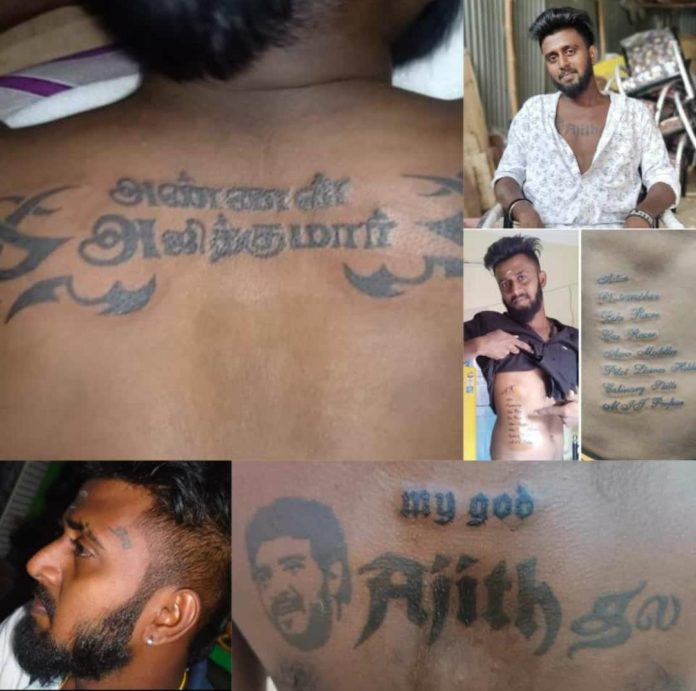 The news that a die-hard fan of Thala Ajith has suddenly committed suicide has caused great shock among Ajith fans.

It is known that Ajith, one of the mass actors of Tamil cinema, has a huge fan base. In this situation, Prakash is one of Ajith’s fanatic fans. He changed his name to ‘Thala Prakash.’

Not only that, it is noteworthy that he has painted Ajith’s tattoo on many areas, including his hand and waist. Prakash, who was such a fanatical Ajith fan, suddenly committed suicide today. The cause of the suicide is not yet known.

Ajith fans who came to know about this are mourning his passing. The sudden suicide of one of Thala Ajith’s fanatical fans has caused great shock among the fans. They are trending #RIPPrakash on social media. Will Thala Ajith offer his condolences to Prakash’s family? We will have to wait and watch.