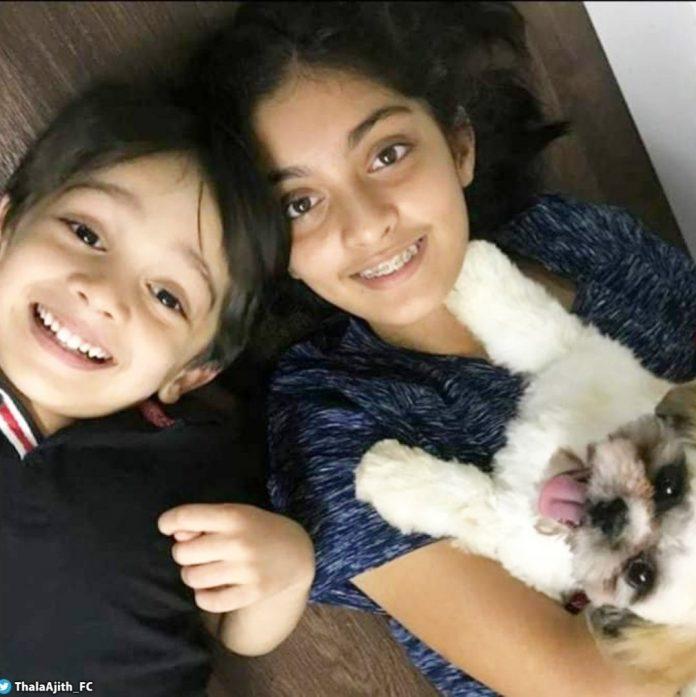 Any news of Kollywood actor Thala Ajith kumar will go viral on social media. His fans adore him and respect him. Today a photo of his daughter Anoushka and son Aadvik is shared on social media and going viral. #AadvikAjith and #AnoushkaAjith are trending on Twitter and may even trend worldwide soon. The photo shows them in a single picture with their dog lying down and giving a cute pose.

Anoushka looks like Shalini wife of Ajith Kumar when she was a child actress, while Aadvik looks like younger version of Ajith Kumar. Thala fans are loving these photos and are celebrating it by sharing on all social media. Do you like them? Comment below.