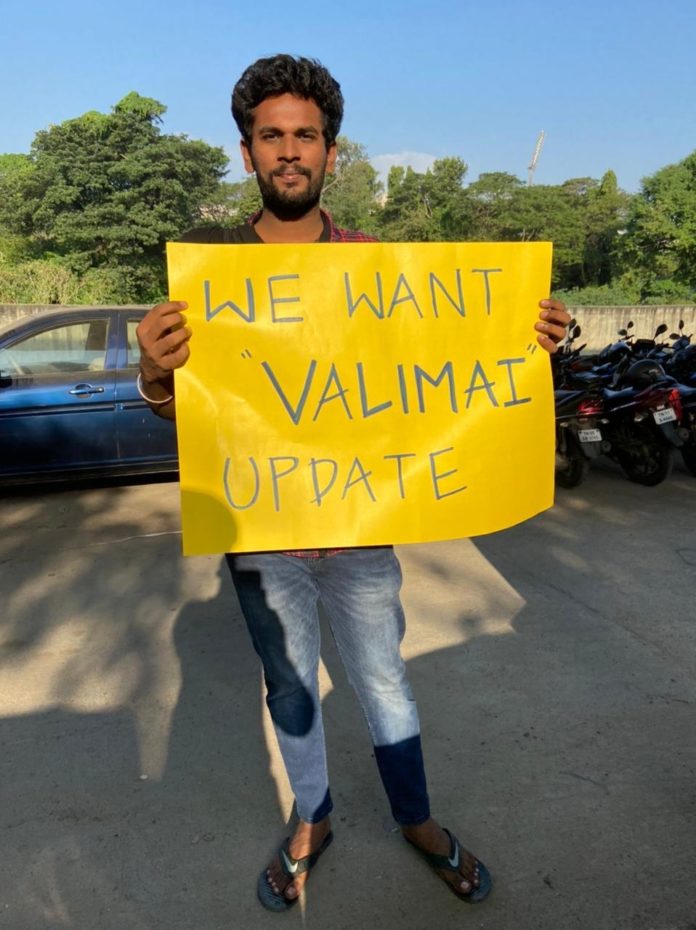 Filming of Boney Kapoor’s upcoming film ‘Valimai’ directed by H. Vinod and starring Thala Ajith is nearing completion. Producer Boney Kapoor had already said in an interview that the film would be ready for release only if the overseas shooting of the film is over.

However, Ajith fans are dissatisfied with the lack of any updates on ‘Valimai’ for the past one year. Ajith fans who have already been asking for the ‘Valimai’ update from many including Tamil Nadu Chief Minister Edappadi Palanisamy have now started asking update at the Chepauk Stadium in Chennai.

The 2nd Test between India and England is being played today at the Chepauk Stadium in Chennai. The photo of an Ajith fan who came to watch the match holding a poster asking about ‘Valimai’ update is now going viral on social media. It is expected that the film crew will release the update in March 2021.