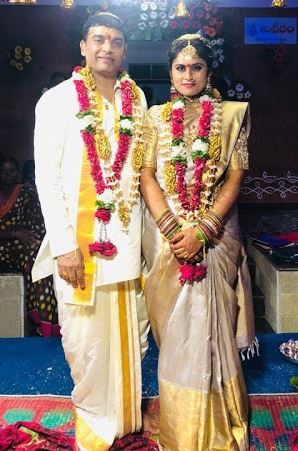 Tejaswini is the second wife of Dil Raju. The couple had tied the knot on 10th May in Nizamabad. Held amidst the COVID-19 induced lock down, the marriage ceremony was attended by only close family friends.

It is little bit surprising that Dil Raju has gone extra mile to protect the personal details of his second wife. His team concealed all information about her even after releasing photographs.

As for profession, she used to be an air hostess. The name of the airlines company is not known with which she was working. It is believed that Dil Raju had first seen her in a flight.