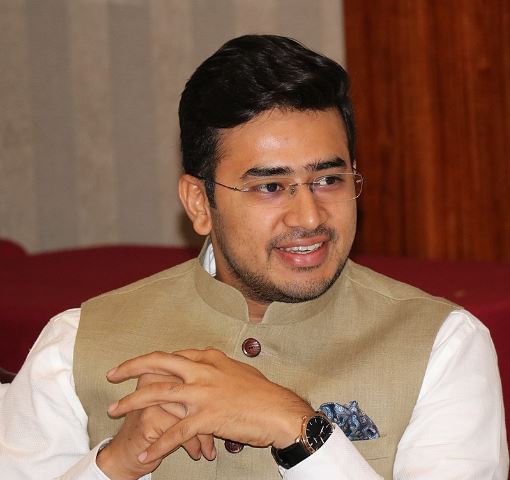 Tejasvi Surya, is an Indian politician, RSS swayamsevak and lawyer at the Karnataka High Court. He is the Member of Parliament in the 17th Lok Sabha from the Bharatiya Janata Party, representing the Bangalore South constituency. He is also the president of the Bharatiya Janata Yuva Morcha since 26 September 2020.

He is a practicing lawyer in the Karnataka High Court and still practices there.
He is the founder and President of Arise India, a non-partisan, non-profit, registered trust that trains the youth of the nation to become leaders in the future. Surya has also worked with India Facts as a columnist from 2013 to 2014. In March 2019, BJP made him a candidate for the 17th Lok Sabha from the Banglore South Lok Sabha constituency which was held consistently by the BJP’s late Ananth Kumar since 1999.