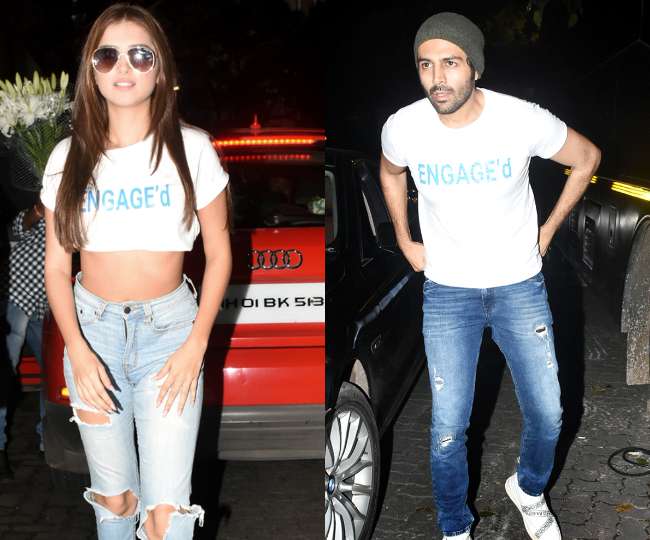 Student of the Year 2 Star Tara Sutaria is taking the internet by storm with her stunning looks. Tara made her Bollywood debut with Student of the Year 2. Tara’s upcoming movie, ‘Marjaavaan’ with Siddharth Malhotra, Ritesh Deshmukh and Rakul Preet Singh is a much awaited thriller.


Tara Sutaria was recently spotted in her torn jeans look and a T-shirt which read ‘ENGAGE’d’. Popular celebrity news reports were stunned when Kartik Aaryan was also spotted recently wearing the same T-shirt.

Karthik Aryan is rumored to be dating Sara Ali Khan while Tara Sutaria is rumored to be going out with Aadar Jain. The duo was spotted near Bandra during the weekend. Tara and Karthik were spotted by popular celebrity spotters, instantbollywood.

While speculations are abuzz, we never know what is true until the official announcements are made?

Do you think Karthik Aaryan and Tara Sutaria will make a good pair? Let us know in the comments below.