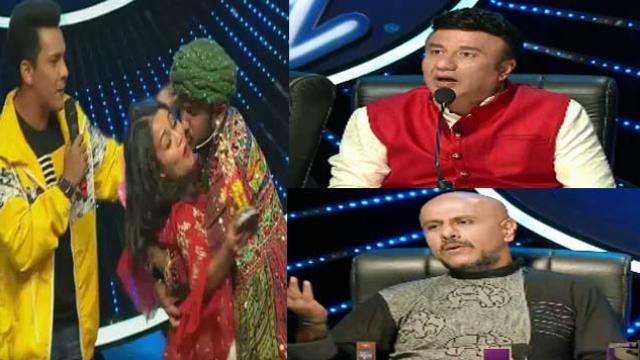 It may have been a year since MeToo started, but it is still creating havoc in the Bollywood industry. If we talk about Anu Malik here, last year, he was also accused of misconduct with women like Sona Mahapatra and Shweta Pandit. By the way, Anu Malik denies the allegations on himself. Due to the allegations of MeToo, he had to lose his hands from the judge’s chair from the middle of Indian Idol 10. It is a different thing that, when MeToo’s accusations calmed down, the makers took Anu Malik back as judge on the singing reality show Indian Idol 11.


Even then, people had questioned the decision of the makers, why the accused of MeToo is being made the judge of the show. A name has been added to this list of protests. Here we are talking about Tanushree Dutta, who started Metoo Campaign in India, believes that Anu Malik should not be the judge of this show.

Not only this, Tanushree Dutta has also raised questions on Singer Neha Kakkar doing a show with Anu Malik. During a conversation with Mid Day, Tanushree Dutta said, “I can’t believe that a channel like Sony has taken the charge of Me Too as Anu Malik as a judge.”

Talking further, Tanushree Dutta said, it is not right for TRPs to do all this work. This is the reason why Sona Mahapatra is constantly requesting Anu Malik to be removed from the channel. Further Tanushree Dutta also targeted Neha Kakkar and said, I remember when Neha was forcibly kissed by a contestant. This was the most contentious issue at the time. Neha was not in the hands of kissing the fan but it was her decision to judge the show with Anu Malik.

Tanushree Dutta did not stop here, further she said, even after knowing all the things Neha agreed to work with Anu Malik. Similarly, Neha did not take any action against Kiss. Watching these kinds of things on TV seems very inferior. Even after that Neha agreed to work with Anu Malik. It is clear from Tanushree Dutta’s comment that, she does not like seeing Neha Kakkar with Anu Malik at all. By the way, please comment your opinion on this issue.