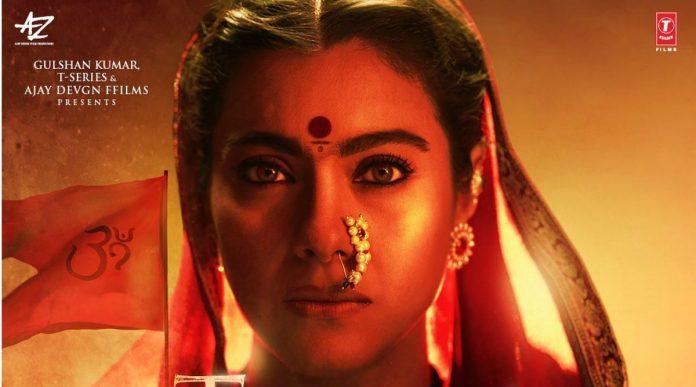 Today, Kajol’s first look from Tanaji: The Unsung Warrior: Ajay Devgn’s film ‘Tanaji: The Unsung Warrior’ has been shared on social media by the makers of the film. Ajay Devgan has today shared the look poster of Kajol, in which she is seen in a very intense look. This look of Kajol wearing a bindi and a sari worn on her nose on her forehead is very interesting. Seeing this look from the film, the fans are now looking more excited about this film.


Sharing Kajol’s look from the film, Ajay Devgan wrote on Instagram, “Savitribai Malusare … support Tanaji’s courage … and the power of his force.”
https://www.instagram.com/p/B4_eR03pmU5/?utm_source=ig_embed
In the film, the character of Kajol (Kajol) playing the role of Veer Maratha Tanaji Malusare’s wife is also very important. Let us tell you that Saif Ali Khan and Sharad Kelkar will also be seen in this film. Om Raut is directing the film. The film is being released on January 10, 2020.