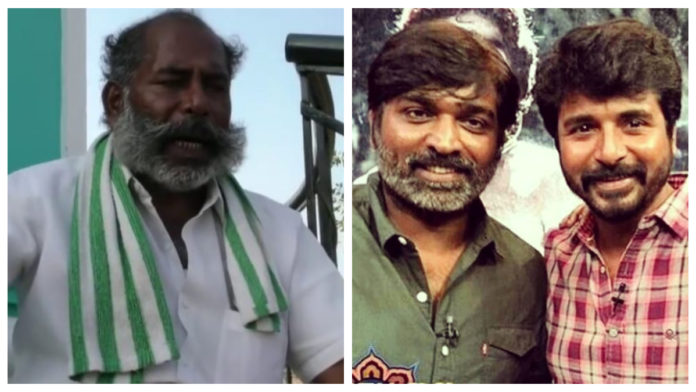 Actor Thavasi has appeared in supporting roles in films like Varuthapadadha Vaalibar Sangam, Rajini Murugan, Sundarapandian and others. He is suffering from Stage 4 cancer in his food pipe and has sought monetary help from film technicians and Tamil Nadu government.

Recently, a photo of him in a pathetic state circulated on social media. He had lost oodles of weight and his bones were visible. Post the photo, a video of himself appealing for funds did the rounds on social media.

While Sivakarthikeyan had contributed Rs 25000, Vijay Sethupathi has donated Rs 1 lakh to Thavasi and his family members. Soundar Raja met Thavasi and gave him Rs 10,000 on his part.