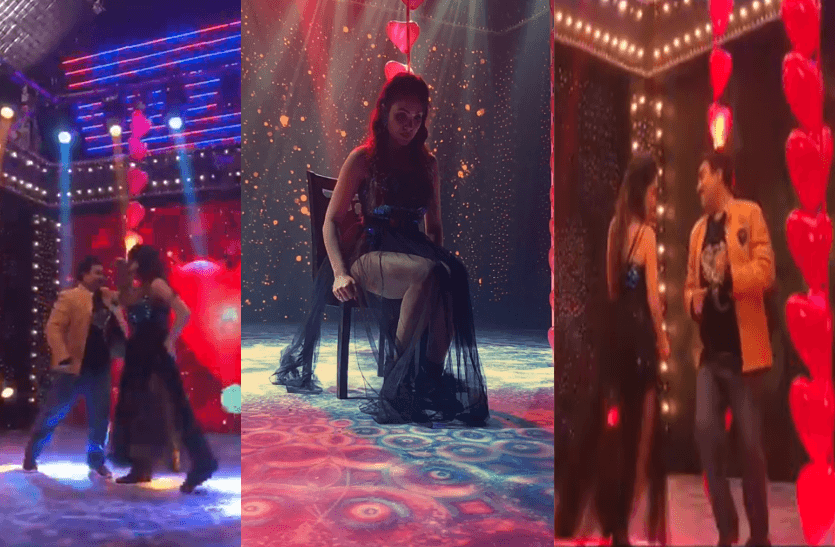 A video of Jethalal from Taarak Mehta Ka Ooltah Chashmah, one of the most popular Hindi serial shows, has surfaced on the internet. Tarak Mehta fans are enjoying this viral video as well as other people have become crazy about this video of Tarak’s dream girl Babita.

In the viral video of Tarak Mehta, Jethalal and his dream girl Babita ji (Babita) are seen dancing together. Although Jethalal dreams of Babita ji with open eyes in the show, but this time it looks like he is onto something else watching her video.

The show’s glamorous girl Babita ji, played by Munmun Dutta, is looking hot with her dancing on stage for ‘Maine Tujko Dekha’ song from Golmaal Again. At the same time, Jethalal is seen dancing with him. The video is going viral on social media for obvious reasons. At the same time, fans of Jethalal and Babita ji are also praising the dance.

The show’s Babita ji played by Munmun Dutta shared this video on her Instagram account three days ago. The viral behind the scenes dance video has got more than 2.5 lakh views so far.

The video that Munmun Dutta shared on his Instagram is a video of the show’s set. Sharing the video, Munmun Dutta wrote, #Behind the Scences recent song shoot … Jethalal i.e. Dilip Joshi in the video and Mr. Iyer, Babita’s husband in the show are also seen preparing for the dance on the set.