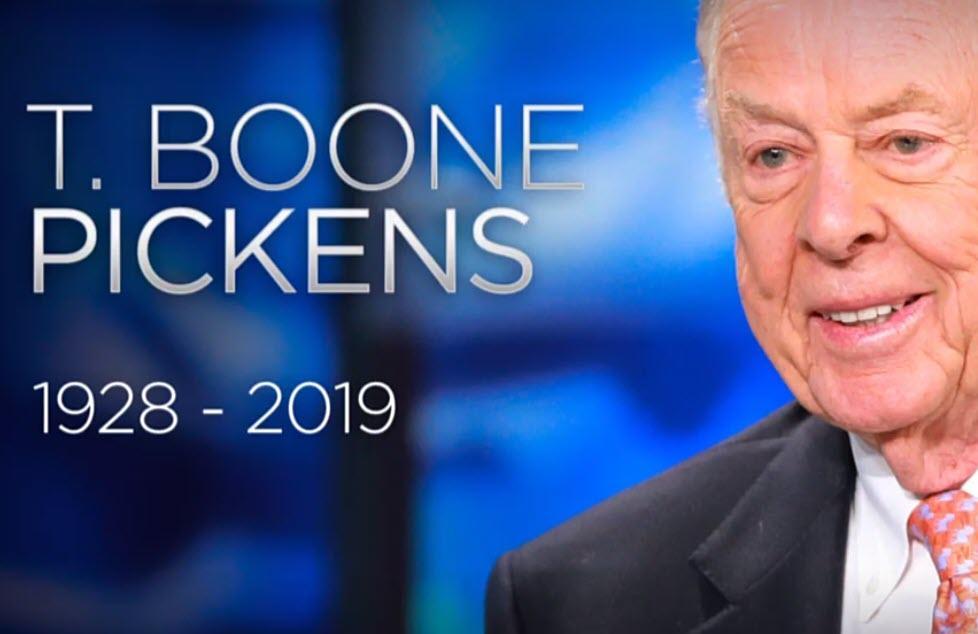 T. Boone Pickens passed away at the age of 91. He is an Oil Tycoon and legendary corporate raider, died today September 11, 2019. Here is the official press release from his family “The long-time Dallas resident, who had battled back from a series of strokes and further head injuries sustained in a 2017 fall, died of natural causes surrounded by friends and family on September 11, 2019.” Pickens, a native of Holdenville, in the eastern part of Oklahoma, had been living in the Mesa Vista Ranch in the Panhandle. His cause of death has been given as natural causes.

Pickens was a graduate of Oklahoma State University and die-hard supporter of the school’s sports teams. He will be buried at Karsten Creek Golf Club, the home of the school’s golf team.

Pickens was a contributor to the Republican party, backing George W. Bush in 2000 and 2004, even challenging Secretary of State John Kerry’s wartime credentials amid the swiftboat scandal. In 2008, Pickens put his support behind New York City Mayor Rudy Giuliani. So his wealth depleted by $3 Billion due to his contributions to various political parties.

Katrina Kaif Sizzles Like a White Angel At the Femina Beauty Awards 2020, Fans Go Bonkers With Her New Look!