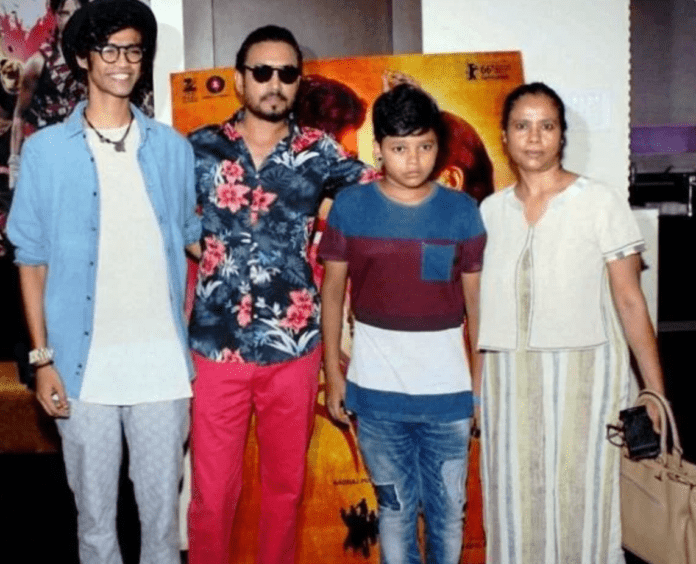 Actor Irrfan Khan died on 29th April 2020 due to cancer, he is survived by wife Sutapa Sikdar and sons Babil khan and Ayaan Khan.