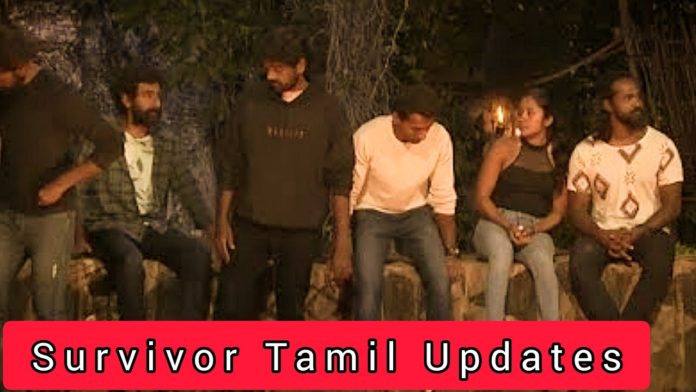 Zee Tamil has launched a large scale reality show for the first time. The Survivor show has been well-received by fans since its inception as it is the first time the show has been launched. Unexpectedly, Action King has stepped in as the host of the show. His fans have started watching the show just to see his intimidating performance.

Initially, 18 contestants took to the field in this show. The game started when the rivals were divided into two teams as Kadargal and Vedargal. The first day they were left to stagger in the water, making it breathless. Unexpectedly, the tasks on the show were so heavy that many fans were saying that this was a reality show. But the unexpected number of exits has made fans sometimes disappointed.

Vanessa and Inigo were the wild card entry on the show. Their arrival made the event even more interesting. Those who were already on their team were changed to another tribe as the days went by, and those who were on the Vedargal team were changed to Kadargal team. This caused many disagreements among the contestants. A few contestants were heartbroken that the show was not what they thought it would be.

Although many of the contestants were eliminated after various struggles, there are currently 4 finalists in the final round: Viji, Vanessa, Umapathy and Charan. There is a lot of interest theories among the fans as to who is the winner of that title. At this point, It is said that Vijayalakshmi is the winner of the title. If so, is she lucky enough to lift a crore?

Survivor is all set to host its Grand Finale on 12th December from 9:30 pm to 11:00 pm. With everyone eager to find out who will be crowned the ultimate sole Survivor and take home the cash prize of Rs 1 crore, the mega finale is a must-watch.