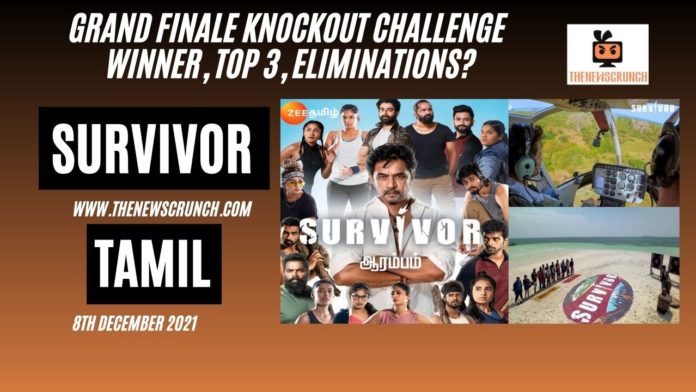 Amidst high drama and action, there are multiple eliminations taking place this week in Survivor Tamil Grand finale week. The epic tasks are fueling competitive duels among the contestants as the competitive spirit is at an all time high.

After a highly competitive third knockout challenge, two contestants are further eliminated. Narayan and Umapathy are the last two eliminations from the knockout challenge in ‘Survivor Tamil’ Grand finale week.

The top three contestants at the end of the multiple nerve wrecking challenges in Survivor Tamil Grand finale week are Viji, Saran and Vanessa. However, there are high chances of Vanessa falling short of the title winner and runner up positions.

Viji is the winner of Survivor Tamil Season 1.