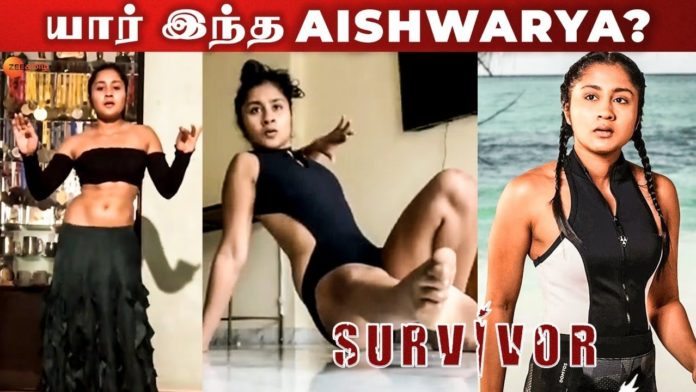 Aishwarya, who has been a significant contender in the Survivor Tamil Vedargal team, has shocked everyone by taking a topless photoshoot earlier.

The Survivor Tamil Show, which is currently airing on Zee Tamil, is hosted by Arjun and has been well received by the audience. Most of the contestants are celebrities from the film industry. But only Aishwarya was said to have a sports background. The show has got audience approval due to adrenalin pumping contests every day and the guess about who will get eliminated every week.

This week Robo Shankar’s daughter Indraja got eliminated. Aishwarya, who has a sports background, is one of the strong contestants of this season. She is doing very well on all tasks and is competing equally with the men in the Vedargal team. She is also the main reason behind the success of his team.

Earlier, Aishwarya had a tug of war with VJ Parvathy, and Parvathy ended up calling Aishwarya a backstabber before getting eliminated to the third world. Fans are supporting Aishwarya for her strong character and attitude.

Aishwarya’s Topless photo, which she has shared on her Instagram page, is now going viral on social media.