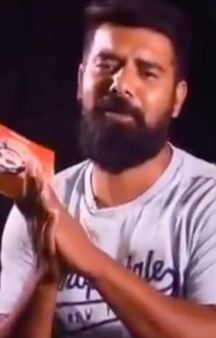 Surendran Natarajan is a YouTuber from Tamilnadu. The Cyber Crime Branch (CCB) of the Chennai police registered a case against Surendran Natarajan of the Tamil YouTube channel Karuppar Koottam, based on a complaint filed by the BJP on Monday. This, following a video by the rationalist group which allegedly contained derogatory remarks against Hindu deity Murugan.

Video uploaded on the YouTube channel by Surendran Natarajan on Monday that allegedly contained derogatory remarks about Hindu deity Murugan and a prayer sung in his praise called ‘Kandha Sashti Kavacham’. The BJP had claimed that the video was made with malicious content to malign the sanctity of Hindu gods. In a separate memorandum to the Coimbatore City Police Commissioner, the Rashtriya Sanatana Seva Sangham sought a ban on the channel for allegedly making disparaging remarks about the Hindu god and the religion.