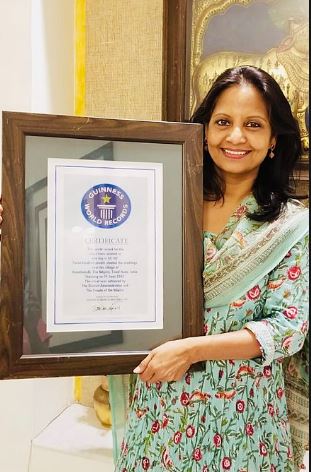 she worked as a Joint Secretary, Ministry of Information & Broadcasting, Government of India. On 25 October 2016, she was elected as the new vice-president of the Asia-Pacific Broadcasting Union. On 24 June 2003, people of Nilgiris under the leadership of Supriya Sahu planted 42,182 trees — breaking the existing Guinness World Record by a large margin.