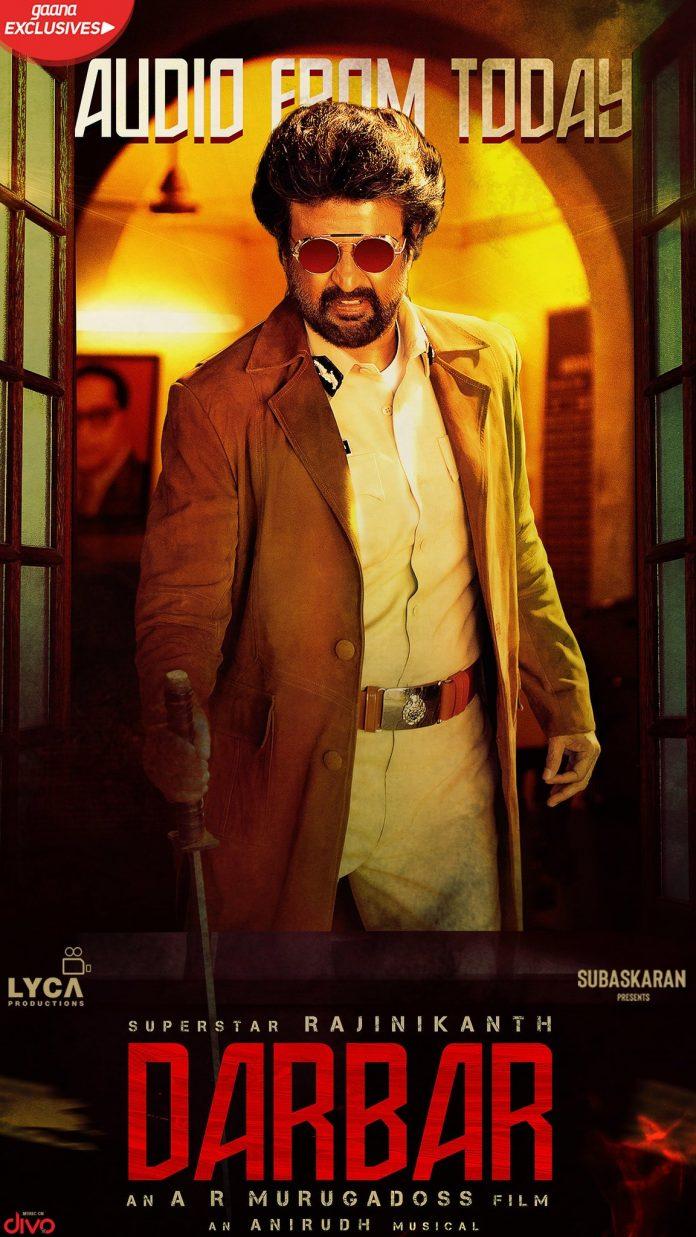 Superstar Rajinikanth’s Darbar movie directed by A R Murugadoss had a sensational audio launch on 7th December 2019. Darbar music is by Rockstar Anirudh while produced by Lyca movies. Darbar audio launch happened in Jawaharlal Nehru Indoor stadium and it was packed to the brim with people. It’s expected to have nearly 15,000 people in the stadium while more than 20,000 people turned up outside the stadium to have a glimpse of Superstar Rajinikanth. Fans of Rajinikanth were eagerly waiting to hear his sensational speech and he didn’t disappoint them. Rajinikanth’s speech during Darbar audio launch had his usual punches and short story. He talked about the present political issues while focused on how Darbar movie is and how AR Murugadoss gave an amazing action thriller to satisfy his fans.

Chumma Kizhi song is already making the waves and fans can’t wait to see it on the big screen. While the song was a sensational hit right after the audio launch, the makers of Darbar have released a video song promo for Chumma Kizhi.

As expected, Superstar Rajinikanth sizzles with his mass moves and the video only gives us glimpses of his steps. However, the video is already trending on Youtube and has garnered a massive 180K views within minutes of posting.

Superstar Rajinikanth returns to play the role of a police officer after a period of 25 years and directed by A R Murugadoss. Darbar is one of the most expected movie of 2020 and it’s slated to release during Pongal 2020.