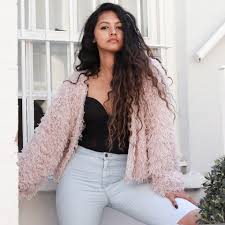 MTV Supermodel of the Year is a one of a kind show which is different from any other reality show coming your way. The show is winning its way to the hearts of the audience as it is on a journey to find the Supermodel of the year among the seven talented young contestants that are currently in the running. The show began with four weeks of a boot-camp which gave the show its top 7 contestants. The bottom three were eliminated. In the upcoming episodes, the audience will get to see how the contestants will reveal their journeys to get to where they are. They will tell the audience all about their hardships that they have battled and won.

Anvita is proud of her dusky skin color even though she had to face alot of flak throughout her life. It is horrifying to hear that she was called ‘saavli chudail’, ‘kaali gudiya’ and even ‘andher raat’.  She terms this video as her letter to those girls that share the same skin colour as her. Things are extremely difficult to bear in which when you are constantly reminded and told affirmatively that your skin colour is disgraceful. She says that it is very difficult to maintain self worth when you are in a constant battle with a fairness scale. She tells other women to embrace who they are. Every women is a goddess and is beautiful just the way they are.

It is indeed shocking to hear that even in this current day and age, skin color is given so much importance and it gives you validation till date. Your colour does not define you and nor should it get to you when people condemn or taunt. Those who do dare to are shallow and have nothing going for them. Tune into MTV Supermodel of the Year to watch Anvita show the world that she is dusky and proud.