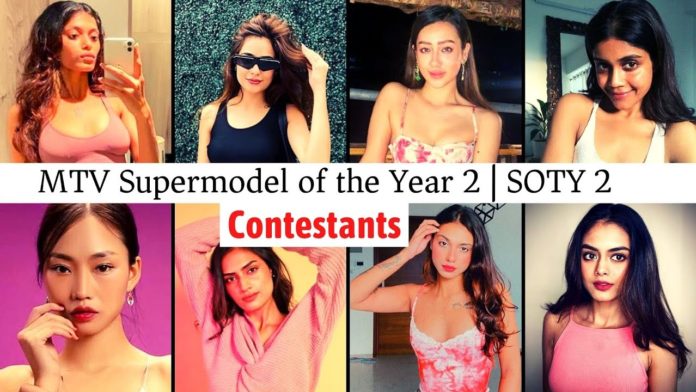 MTV’s Supermodel of the Year Season 2 is ending with the finale set to air on Sunday 24 October 2021. Supermodel of the Year is one of the most prominent and established modelling reality shows on MTV. The show has gained immense popularity and appreciation from the fans. It is the second season of the show that is ready for its wrap-up.

Season 15 had some glamorous models taking part in the competition and have performed highly amazing. They have faced many challenges throughout the seasons. Season 2 was successful and the finale was shot recently. The News Crunch has exclusive information about the finale.

Talking about the Grand Finale, so it is scheduled to be held on 24 October 2021 August on MTV India. It will be judged by regular judges Malaika Arora, Anushd a Dandekar, and Milind Soman along with the guest judge Masaba Gupta. The top 3 models who are going to compete in the finale are Swapna Priyadarshini, Roshni Dada, and Eksha Hangma Subba. The three are all set for the final competition and face final modeling challenges. It will be interesting to see who will be the winner of season 2.

Supermodel Of The Year Season 2 Finalists

Supermodel Of The Year Season 2 Winner

MTV Supermodel of the year Season 2 was premiered on 22 August 2021 on MTV India. Throughout the season, the show has earned a tremendous response from the viewers. The enthusiasts of modelling have followed the whole season.

All the models have given their best in the front and always tried to complete each and every challenge. Many tasks have happened that examined the confidence and daring of the models, but the models have passed all challenges with complete confidence. After competing in the whole season, the judges have selected their top 3 of this season.

The models have given tough competition to each other. In the season, we have also seen fights among the models. They have fought, not only for the game but personally too. The models have faced new and innovative challenges every week and gave their more than a hundred percent.

Supermodel Of The Year 2 Winner Details