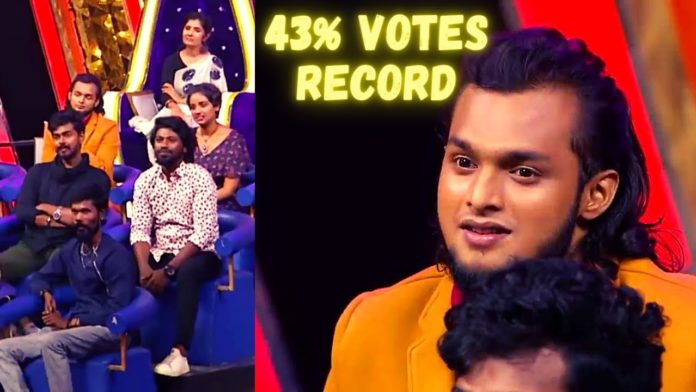 Super Singer has a large fan base among the Tamil audience, and it’s aired on Vijay Tv. The contestants who participate in each season are unknown at the beginning but go with a large fan base when the season is over and when they go outside after the grand finale.

The finals of the concert will be held live on Sunday, September 26, 2021, from 3 pm. The show is set to continue for six and a half hours. The judges are Anuradha Sriram, Unnikrishnan, Benny Dayal, and SPB Charan.

Composer Anirudh Ravichandran will be the special guest at the finals and will announce the title. So we will have to wait till tomorrow to know who will get that grand title among these six finalists.

Voting lines are open where the fans can vote for their favorite super singer among the six finalists. Votes are made through the Disney+ HotStar app. TheNewsCrunch will be covering the finale live through our special news section.

Vote at our unofficial voting polls and share your views about finalists.