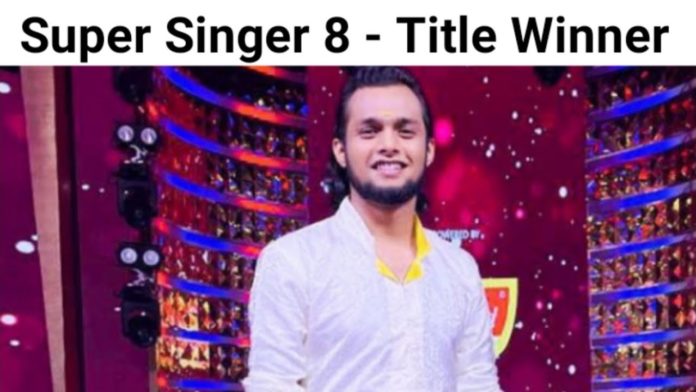 Super Singer is one of the popular shows aired on Vijay TV. The reality show, which has identified many singers worldwide, is currently in its 8th season. The finale is happening live today. Starting at 3 p.m., it was followed by a live broadcast for 6-hours. The judges for this competition are Anuradha Sriram, Unni Krishnan, Benny Dayal, and SPB Charan.

Abhilash, Bharath, Anu, Muthu Sirpi, Sridhar Sena, and Manasi have been selected as the finalists. The winner will be chosen based on the votes cast by the fans, and the prize will be awarded. As of now, Sridhar Sena is leading the voting results.

Many famous music singers, including Chitra, Malgudi Shuba, Ananth Vaithiyanathan, and Kalpana, were special guests. Fans are eagerly waiting to know who the winner will be as the show continues for 6 hours. According to the latest information, Sridhar Sena has got the highest number of votes. So it is said that he will get the title of Super Singer Season 8.