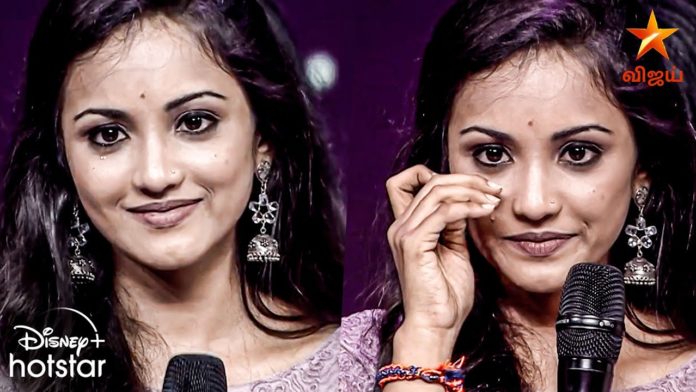 Here we are back on Star Vijay with the written update of the most famous and entertaining singing reality show named “Super Singer 8”. Now, the show is nearing its end, and soon the winner of the show will be announced. Ever since the show started, it is gaining more and more publicity and fame. It will be fascinating to see who will be the winner of this show. In the upcoming episodes, the audience will witness some scintillating and scintillating performances presented by the contestants. So let’s take a look at today’s performance.

In the last episode, we have seen the ticket to the finale round in which Anu and Muthu have given a tough competition to each other. The judges also found it difficult to choose one of them. But then the results came in Muthu’s favor, and he became the first finalist of Super Singer 8. Muthu Sirpi has become one of the finest singers of the show. He put on some very mesmerizing performances throughout the season. So, we can say that he deserves the final, now it will be interesting to see that Muthu will also emerge as the show’s winner.

If we talk about today’s performances, it will be shocking as the contestants are fully charged and set to prove themselves in front of the judges. The contestants have got a tremendous fan following through the show. Throughout the season, the contestants have performed exceptionally. Now they are very close to the trophy, so they are working hard to make their performance more perfect as each contestant wants to be the show’s winner. Don’t miss to watch the upcoming episodes of “Super Singer 8” on Star Vijay at 09:30 PM.