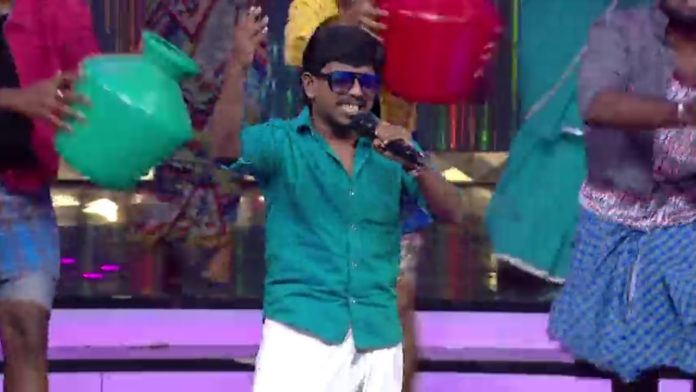 Super Singer is one of the super-hit reality singing shows airing on Vijay TV. Super Singer Season 8 is currently taking place following the success of the last seven seasons.

Super Singer 8 started with 20 talented contestants. In the last few weeks, 5 contestants have been eliminated from the show with low votes. Last week the names of two contestants nominated for elimination were Puratchi Mani and Aravind. Both of them didn’t perform well and received low scores from judges.

Hence they were nominated for elimination, where the audience had to vote and support their favorite contestants through the Hotstar app. In this situation, in the episode that aired this week, Puratchi Mani was eliminated as he secured fewer votes than Aravind. He got an emotional send-off from judges, fellow contestants, and anchors.

Here are the photos of Puratchi Mani: