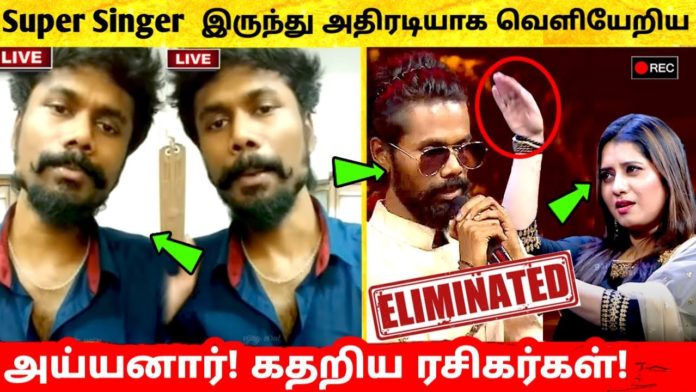 Super Singer is a show that has been running very successfully for many years on Vijay TV.

Super Singer Season 8 is underway and is doing well among all singing reality competitions in Tamil. The show is judged by playback singers Unni Krishnan, Anuradha Sriram, Benny Dayal, and SPB Charan.

Also, Super Singer Season 8 is being hosted by all the fan favorites, Ma Ka Pa Anand and Priyanka. On 21st-22nd August 2021, the contestants were performing on the Tamil hit songs. Muthu Sirpi won the best performance, and one of the contestants got eliminated from the show. In this situation, all the contestants are competing hard this season, which is heading towards the finale.

It has also been revealed that the famous contestant KJ Ayyanar has been eliminated in today’s round. This resulted in just Top 6 contestants. There will be one more elimination next week, and then there will be a wild card round.

Fans can vote and choose the wild card entry, and these Top 5 contestants will be fighting hard during the finale to win the Title.

These four contestants have entered the finale directly: