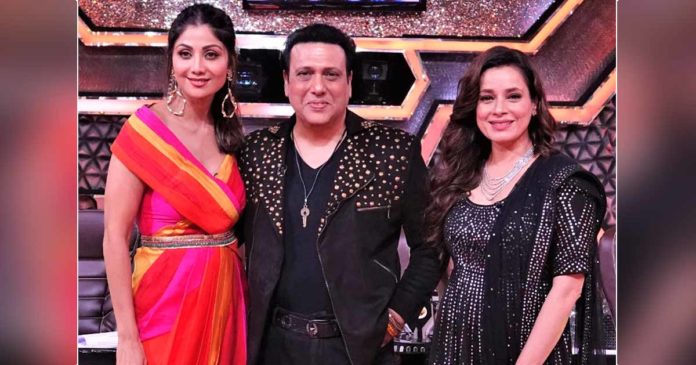 The TRP busting dance reality show on Sony TV, ‘Super Dancer Chapter 4’ will feature two Bollywood legends this week. The special guests of this weekend’s episode, Govinda and Neelam Kothari will light up the stage in a decisive week. There are no eliminations so far in the highly competitive dance show. However, the highlight of this week will be the special guests of Super Dancer Chapter 4.

This weekend’s episode of Super Dancer Chapter 4 will feature the legendary Bollywood ‘couple’ – Neelam Kothari and Govinda’s special songs. The top 13 contestants will chalk up enthralling performances of the duo’s songs. The judges Shilpa Shetty, Geeta Kapur, and Anurag Basu will witness a special performance this weekend.

The special guests for the show, Govinda and Neelam Kothari will perform a very special rendition to their song from Khudgarz, ‘Aap Ke Aa Jane Se’. The duo’s performance is nostalgic and takes the audience back to the golden days. However, Govinda showered his words of praise for the contestants as the ‘Bollywood couple’ completed 35 years in the industry.

The weekend episodes of Super Dancer Chapter 4 will feature several superhit songs of Govinda from the blockbuster movies like Sindoor, Ilzaam, Love 86, Taaqatwar, and many others. Govinda playfully confessed his crush for Neelam.