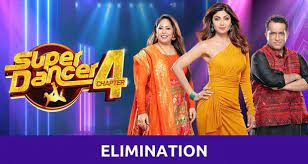 Zero eliminations took place in Super Dancer Chapter 4 so far. However, there are high possibilities of the first elimination taking place this week. The judges Geetha, Shilpa Shetty, and Arindam Bose will eventually get into the tough task of eliminating some talented dancers from the show. However, the audience is interested to find out the special performances for this week.

Among the most celebrated performances of this week, Super Dancer Pratiti was among the best in her Super Dancer Chapter 4’s contestant’s performance for one of Moushmi’s songs got her highly impressed. Her ‘super guru’ Swetha looks like a tough contender to take Pratiti to greater heights.

However, the return of Spriha spices up the performances of this week. The trending contestants Pari and Pankaj stood out as usual but Spriha’s return is a point to consider for the rest of the top 13 contestants of Super Dancer Chapter 4. Spriha and her Super Guru Sanam amazed the audience with a heart-wrenching performance this weekend. Geetha master appreciated Spriha’s fightback.

The popularity and stunning talent of Pruthviraj, Pratiti, Florina, and Sanchit could take them to the finals of Super Dancer Chapter 4.