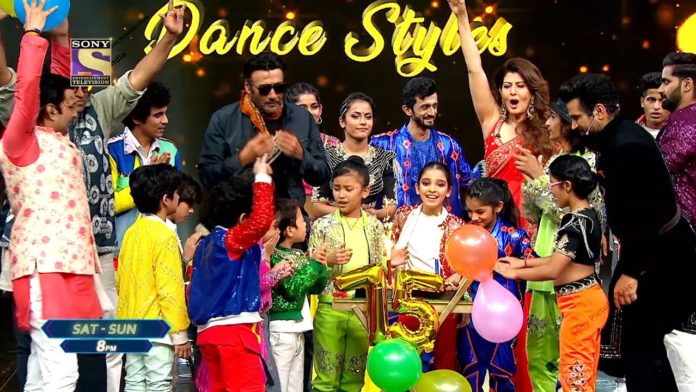 No eliminations took place in Super Dancer Chapter 4 so far. However, there are high chances of the first elimination taking place this week. The judges Shilpa Shetty, and Arindam Bose will eventually get into the nerve-wracking task of eliminating some talented dancers from the show. However, the audience is interested to find out the special performances for this week. Geetha master will be absent from this weekend’s episodes.

The 75 Dance Style special episodes on Super Dancer Chapter 4 guarantees variety and a series of enriching performances for the audience as well as the special guests.

Among the most trending dance renditions of this week, Super Dancer Aneesh was among the best in his Super Dancer Chapter 4’s contestant’s performance for one of Jackie’s songs got him highly impressed. His ‘super guru’ Akash looks like a tough contender to take Aneesh to greater heights. Aneesh killed it with disco style of dancing this weekend.

However, the resurgence of Soumit spices up the performances of this week. The trending contestants Soumit and Vaibhav stood out as usual but the duo’s Bhangra-Tollywood style fusion lit up the proceedings of Super Dancer Chapter 4. Soumit and his Super Guru Vaibhav amazed the audience with a heart-wrenching performance this weekend. .

The popularity and stunning talent of Esha, Neerja, Arshiya, and Pratiti could take them to the finals of Super Dancer Chapter 4.