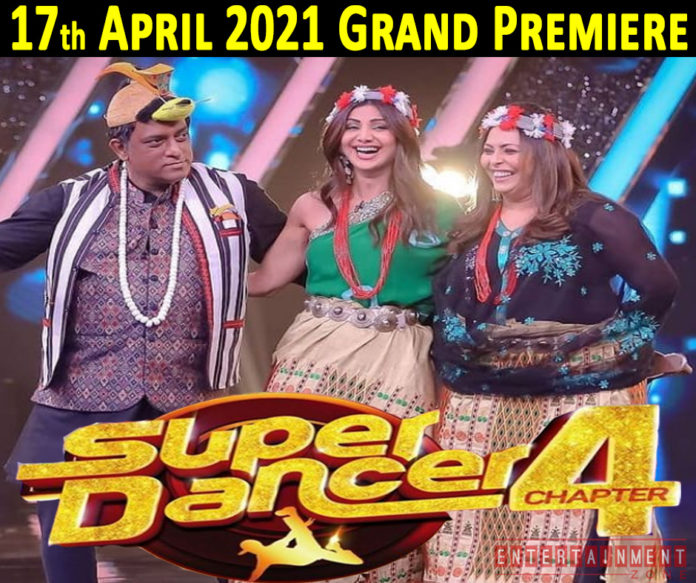 The promising dance reality show, Super Dancer Chapter 4 is back this weekend. The Grand Premiere of Super Dancer Chapter 4 will take place on Saturday’s episode. The best contestants will pave the way for a riveting season filled with amazing performances. The judges Shilpa, Geetha, and Arindam are ready for the journey this season.

Super 12 contestant, Soumit gives an enthralling performance of ‘Deva Sriganesha’ which has the judges in surprise. Soumit will be an excellent entertainer this season and his Super guru Vaibhav is making the most of his talent.

Shilpa Shetty gave a ‘Super Se Upar’ salute for Spriha’s performance with her Super Guru Sanam. Her performance of ‘Ishaqzaade’ was loved by all and is one of the best performances of the Grand premiere of Super Dancer Chapter 4.

There will be 12 super gurus to guide the talented dancers this season.