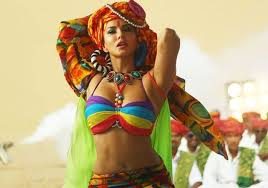 Sunny Leone will be seen in a web series created by famous filmmaker Ekta Kapoor based on India’s oldest book. The two have currently been talking about the upcoming venture which will be based on Kamasutra – the oldest Hindu text written by Vatsyayana as a guide to “the art of living”. Reports suggest that Sunny has been signed to play the lead. A source close to the production team revealed, “Sunny has heard the outline of the show and has agreed in principle to be part of it. Ekta is convinced that the actress is the right person for the role. Set in the 13th century, the fictional series will focus on the women of the Goli caste in Rajasthan, who used to serve as mistresses to the kings.”

This is not the first time a project is being made on the ancient Sanskrit text. In 1996, filmmaker Mira Nair adapted it into a film which starred Indira Varma, Naveen Andrews and Sarita Chaudhry. Legendary actress Rekha also starred in Mira’s directorial as Rasa Devi, the Kama Sutra teacher. The movie titled Kama Sutra: A Tale of Love was nominated for the Golden Seashell award at the 1996 San Sebastián International Film Festival held in Spain. The film was initially banned in Pakistan and India due to its bold content; however, it was screened at the Cannes Film Festival the same year.

Sunny Leone have done movies like Jackpot, Ragini MMS 2, Ek Paheeli Leela and Tera Intezaar. She also appeared in dance numbers in many films such as Raees, Shootout at Wadala and Bhoomi amongst many others. In 2018, she also did a biographical TV series, in which she essayed herself, called Karenjit Kaur – The Untold Story of Sunny Leone.