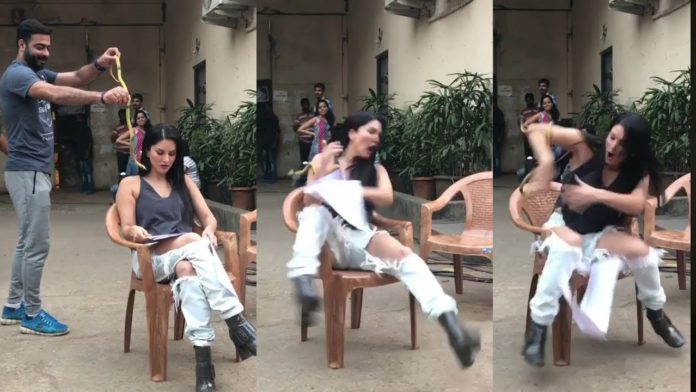 Bollywood’s baby doll i.e. Sunny Leone is very active on social media. She often shares her photos and videos with fans. Due to her bold and glamorous style, Sunny often remains in the discussion.

These days a video of the actress Sunny Leone is becoming viral on the social site. It can be seen in the video that when Sunny is getting ready for the shot on the set, in the meantime director Sunny Rajni comes and starts tickling her ear.

After which suddenly Sunny Leone jumps. People are very fond of this prank done with Sunny. Seeing this, no one is able to stop laughing. These days Sunny is hosting the MTV reality show Splitsvilla X3. Sunny keeps sharing her photos and videos from the sets of the show with the fans.