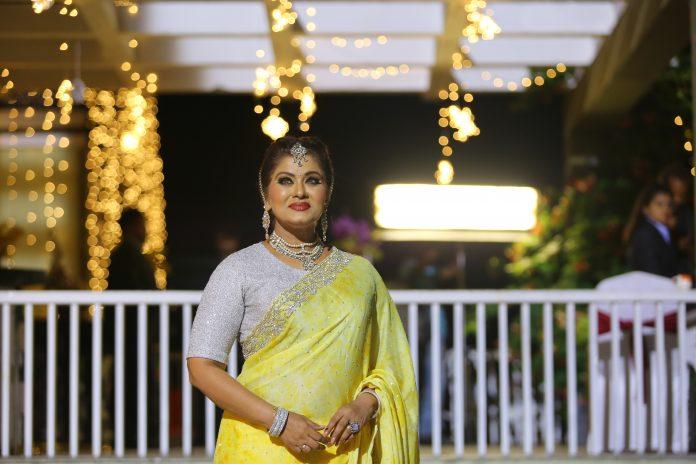 Priyanka Reddy’s case shook the nation due to its brutality and lack of adequate safety for women in the country. Zee Telugu has uploaded a new video on Instagram on Sudha Chandran’s video on women Empowerment. The video features none other than veteran actress Sudha Chandran. She urges women to stand up against the atrocities on them. Constant Rape incidences are gruesome worry in our country for the time being. She gives references about Nirbhaya and Priyanka Reddy saying that it disheartens her that women are not treated equally. The existence of women is always questioned. She firmly believes that women can take a stand on their own.

She says that the society only talks and discusses about these issues but nothing is done with regards to it. She speaks up for herself that she is responsible enough and shall stand up against any problem. She wants all other women to make themselves strong, not rely on anyone to face the problems and deal with it themselves. She requests that people having evil thoughts should be eradicated from the society. She wants women to promise her that they will take a stand and be number one.

Women really need to take a stand. The judiciary will act according to its rules and regulations but in such cases, such as rape, the verdict should be given immediately. Women have their rights and are equal to men in all respects.

Zee Telugu’s Next Venture on Women Empowerment is No.1 Kodalu

No.1 Kodalu is going to be Zee Telugu’s next serials which will portray female character in a protagonist’s role. Zee Telugu has often come up with serials where the women characters are always showed how strong they are. It is done for their upliftment in the society. Zee Telugu has already come up with such projects where there is upliftment of women, such as Suryakantham, Rama Sakkani Seetha and Radhamma Kuthuru etc.

Now the channel is bringing with a theme based on women empowerment, which is No.1 Kodalu. The story revolves around defining a new relationship between mother in law and daughter in law. The story is filled with drama, twists, emotional storylines and much more.

The serial stars veteran actress Sudha Chandran. She is playing the role of Mother in law and her serial name is Vagdevi. This project marks her comeback to Telugu TV screen after 35 years. The role of Daughter in Law is played by beautiful actress Madhumita. Her serial name is Saraswathi.

The show revolves where these two characters have contrasting personalities. Vagdevi is a businesswoman who has several educational institutions and is a firm believer that education is the most important thing to succeed in life. On the other hand, Saraswathi is an illiterate, will teach Vagdevi that love and happiness is the most important aspect in life. The other cast includes Jai Dhanush, Suresh, Kranthi, Rithi, Sakshi Shiva and Chalapathi Raja etc.

The show will be telecasted from 9th December 2019, Monday to Saturday at 8pm on Zee Telugu and Zee Telugu HD channels.