While the Tamil Big Boss Season 3 has started off sensationally with ample controversies, evidently brewing enmity and romance is prevalent throughout the course of the season. The fans have taken sides and started backing their favorites. Losliya Mariyanesan seems to be the most adorable contestant closely competed by Sakshi Agarwal.

The Big Boss Telugu Season 3 is likely to be aired from the 21st of July and the fans of Nagarjuna will be backing him as the host of this edition. There are 14 contestants who will make the final cut into the Bigg Boss Telugu Season 3 house and it is rumoured than Sreemukhi will be one among them

Sreemukhi is a popular Telugu television TV anchor and is 26 years old. She started off her anchoring career with a Telugu show named Adhurs and played a role as Allu Arjun’s sister in Julai. Julai was her first appearance in Telugu films. 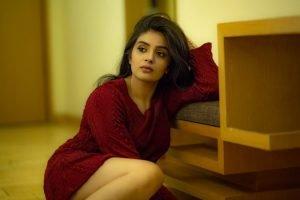 Is Sreemukhi the ‘Oviya’ of Bigg Boss Telugu Season 3?

Oviya was a popular contestant from the Season 2 of Bigg Boss Tamil. She became a sensation and her fandom grew beyond leaps and bounds and it was eventually termed as the ‘Oviya Army’. She is probably the most sensational contestants in the history of Bigg Boss in South India so far.

Though Sreemukhi’s entry in the Bigg Boss house is not confirmed, reports suggest that her fans have already started creating ‘Sreemukhi Army’ fan pages and accounts in social media. 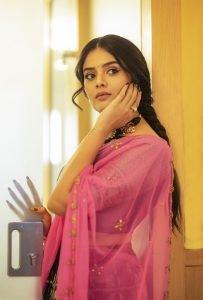 “Welcome all @MukhiSree fans, from Now onwards this page dedicated to #sreemukhi fans. Retweet this tweet if you like #Sreemukhi in #BiggBossTelugu3 #Maatv #sreemukhi #SreemukhiArmy.”

Following this tweet, the account’s tweets also claimed Sreemukhi to be the official title winner of Bigg Boss Telugu Season 3. This is bizarre considering the fact that the show is yet to be aired on television.

Reports of this account became viral when Sreemukhi herself liked the first two posts as mentioned in the quotes above. Post this, another fan tweeted –

Rumours also suggest that Sreemukhi will be paid INR 50 Lakhs per week for her stay in the Big Boss House will these claims have been addressed as fake news by a lot of people.