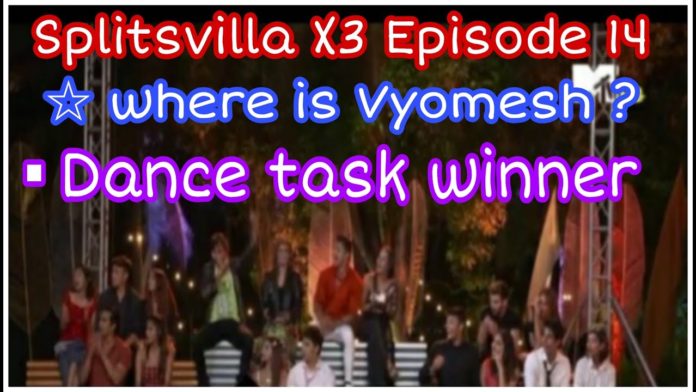 Splitsvilla 13 is back this weekend with the 14th episode of this season. This episode featured one of the most electrifying tasks of Splitsvilla X3 so far. After several eliminations in the show, the hosts’ Rann Vijay and Sunny Leone unveiled the curtains on the ‘Entertainment task’ for this week. Sunny Leone’s sizzling performance set the tone for the challenge as the Silver Villa contestants geared up for the ‘Silver Connection challenge’.

The ‘Entertainment Challenge’ this weekend is a highly entertaining dance task. The couples from the Silver Villa get a chance to step ahead of the battle. However, the crucial task will be a good one for just one of the couples. The following couples take part in the ‘dancing challenge’:

The ‘Boombaam’ group comprising of Shivam and Pallak, Jay and Aditi gave their best performances. Nikhil and Bhoomika were top-notch with their performances as well. However, the two winners will go on with their heads high in the upcoming dome session. Kevin and Kat, Samarthya and Nikita, Trevon and Samrrudhi were the worst performers as they failed to impress Sunny and Rannvijay.

The next week’s dome session will be crucial for Kevin’s gang as they failed to impress in a very crucial challenge. It will be interesting to see how Shivam and Nikhil roast their opponents in the upcoming week.

Shivam and Pallak were the winners of the Siver Connection Challenge task. However, Bhoomika and Nikhil won the task from the Gold Villa contestants.