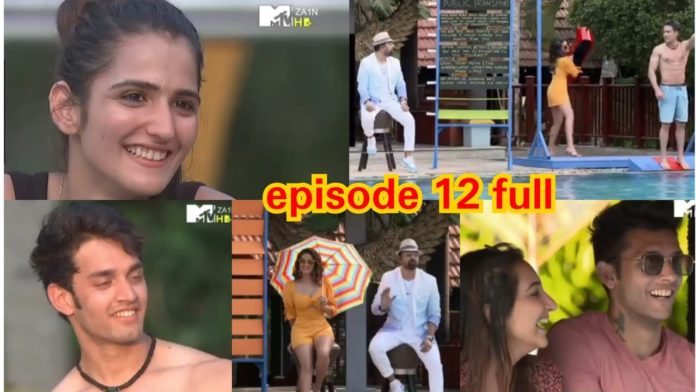 Splitsvilla X3 is back this weekend with an entertaining episode. The highly hilarious episode featured a gripping ‘Silver connection task’. The last episode featured a very successful episode for team Shivam and Jay. Jay and Aditi became the second ideal match of Splitsvilla 13. However, the task this weekend will decide the fate of the next set of contestants to enter the dumping zone.

The ‘Silver connection’ task for this weekend is called ‘Khoob ya Dhoob’ task. The guys gave a rest to their physical strength and let their creativity take precedence. The girls got an opportunity to vote ‘yay’ or ‘nay’ on the creative pickup lines scripted by the guys. The guys with the most successful pickup lines were Trevon. Vyomesh got the highest votes once.

However, the guys with the most ‘nays’ got the kick of the boot. Samarthya got kicked twice while Vyomesh and Gary also got kicked for their bad pickup lines. The interesting part of the competition was when Shivam got the boot from Leone. The top two positions were bagged by Trevon and Vyomesh.

Trevon and Vyomesh were the winners of the Siver Connection Challenge task.