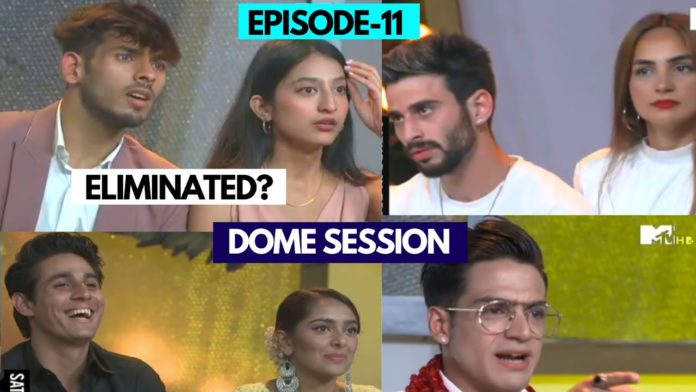 Splitsvilla X3 returns this weekend with a fiery episode. The highly electrifying episode features an interesting twist in the dome session. There will be a new ideal match in Splitsvilla 13 this week but there will also be a shocking double eviction. However, the suspense and drama around the dome session will trigger massive debates.

Splitsvilla X3 Dome Session Highlights – Who Are the Safe Contestants?

Jay and Aditi were winners of the Golden Opportunity task. Hence, they were safe this week. Vyomesh and Arushi left the Gold villa as a result of their loss. A major twist was Jay and Aditi saved four people from the dumping zone. They were:

As a result, seven contestants of Splitsvilla 13 were in the danger zone. Dhruv and Sapna got an opportunity to save two contestants. They were:

As a result of the cue card votes, Janvi and Devashish received the least number of votes and hence, they got eliminated from Splitsvilla 13. As a consequence of the dumping, Devashish and Janvi will enter the Wild Villa.