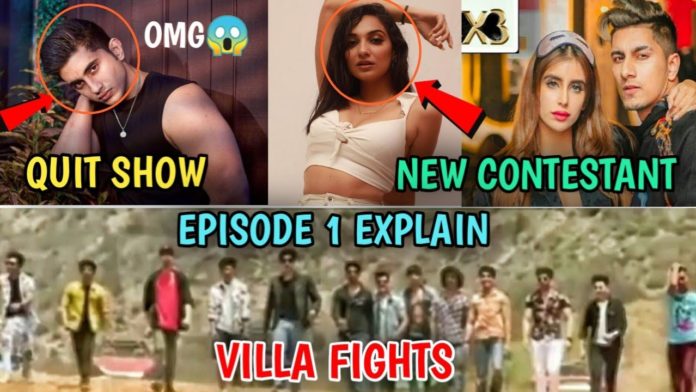 Splitsvilla X3 starts this weekend and the glitzy grand premiere episode promised to be a fun-filled affair. The first episode of Splitsvilla 13 started off with a stunning introduction of sizzling Sunny Leone dressed in traditional Malayali attire. However, the male host Rann Vijay was irresistibly hot. The two hosts found an arrow each which will set the tone of the plot for the rest of the season.

Pallak Yadav is the fiery type of contestant this season. However, the prospects of catfights are highly probable in the upcoming episodes. Bhoomika Vashist is the bold and spicy type of girl which the other girls might fear about. Azma Fallah is the cute and timid type who will be a heartthrob for the guys who like bubby girls.

Arushi and Nikita were the first girls set on a mission to use their arrows. Arushi was impressed with the old school lover tag for Vyomesh Koul. Hence, she used the golden arrow for him. Ex-Roadies Revolution contestant, Kevin Alamsifar rode by the tag ‘Pune Gangsta’. Nikita used the silver arrow for Kevin and exchanged it for golden arrow.

Nikhil Malik’s bio read he cheated on his ex and he regrets it. Jay Dudhane was tagged as ‘Casanova’ and hence he struggled to get any arrows. Kevin stole the show with four golden arrows and two silver arrows.

The top guys who entered the gold villa are Kevin Alamsifar and Vyomesh Koul.

Let the game of love begin! Join #RannvijaySingha and #SunnyLeone in search for the one true pair that's #AcingAtLove.