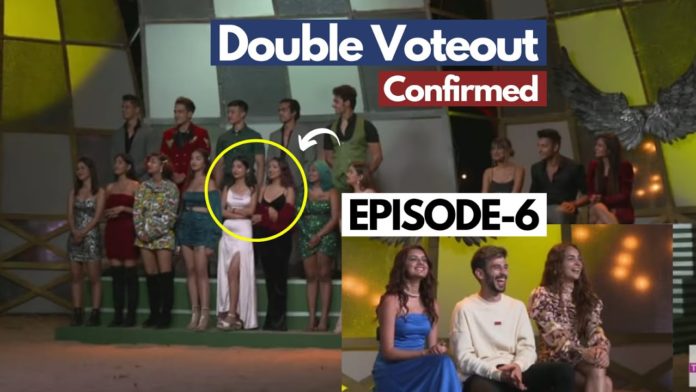 Splitsvilla X3 is back this weekend but the twists and turns will get nastier this weekend. After a riveting fight in the ‘golden opportunity’ task, the contestants will grapple against elimination this week. The first dome session proved to be a disappointment for Vyomesh and Bhoomika. However, this week another couple will take the ideal match test.

The winners of the ‘Golden opportunity’ task will get some advantages this weekend. However, the limelight is on the safe couples for this week. One couple will leave the Gold Villa and move into the Silver Villa this weekend. Also, the spat between Riya and Shivam will intensify with verbal abuses and fights.

According to reports, Vyomesh and Pallak will enter the silver villa. However, Vyomesh faces the flak for ‘flipping which brings tears to Bhoomika. Pallak tries to console her. Vyomesh’s decisions were immature and he is facing the toughest time in the villa. It would be interesting to see if he can bounce back.

Riya accuses Shivam of betraying her. However, the major focus of the dome session is about safe couples. Four couples will be declared safe this weekend in Splitsvilla 13. The five safe couples will choose one girl to be saved from the dumping zone.

Pallak and Nikhil take the ideal match test in front of the oracle. Unfortunately, the couple is not an ideal match. Hence, Pallak is sent to the silver villa.

There is a lot of buzz and suspense around the first elimination of Splitsvilla X3. According to reports, Riya or Shweta will be the first dumped contestant in the show. However, the twists and turns will continue in MTV Splitsvilla X3.

The winners of Wild Villa, Sakshi Mallik and Devashish will enter the villa this weekend.