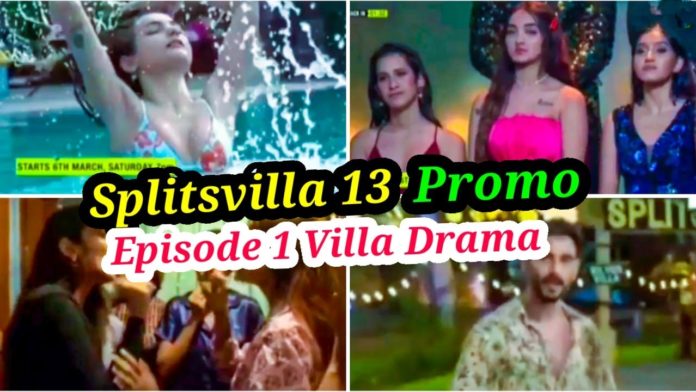 If there is one show that appeals to our country’s youth, it has got to be Splitsvilla. Every season is received with equal enthusiasm and vigor. The show has managed to maintain its position over the years and has only grown in its following. This season is all set to return, and we cannot keep calm! Splitsvilla X3 will premiere on MTV on 6th March at 7 PM. This season promises more enthusiasm, love interests, and tons of spats between the contestants.

Splitsvilla X3 is set in the scenic location of Kerala. During the course of the show, we will get to revise nature and nurture the authentic action that will take place. In the promo, host Rannvijay Singha asks if anyone knows how people fall in love. According to Greek Mythology, they say that cupid’s arrow has to strike someone for them to be eternally in love with the other. Cupid, however, had two arrows, one gold and the other silver. This season will also be similar in that concept.

True love only happens when the gold arrow strikes a person. The contestants will be divided based on the gold villa and silver villa. Sunny Leone says that at the end moment, everything can change. The female contestants are heard asking the male contestants what their reaction was when they saw the girls, all they could say was wow. And wow indeed! The promo gives an insight into a romantically inclined season with people fighting over one another for love and affection. If the contestants aren’t an ideal match, then they will have to face the consequences.