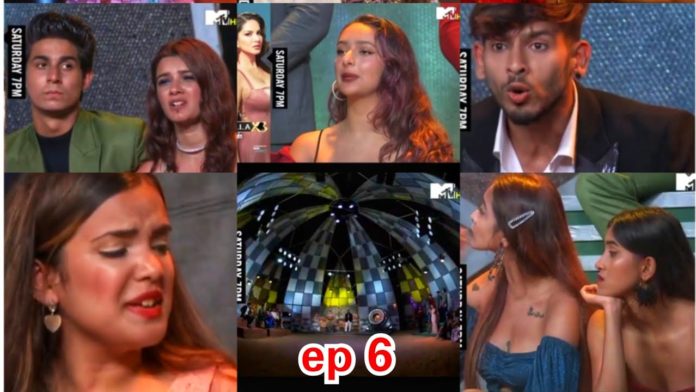 In the upcoming episode of MTV Splitsvilla X3 we will get to see many shocking twists and turns. Because this episode is going to be the first elimination of this season. Let us tell you, in this elimination round, Shweta Nair and Azma Fallah are out and due to this, the game is going to be completely reversed. That is to say, the craziness of Splitsvilla X3 has started now. After the task last week, we are going to see a debate between Love Birds Shivam and Riya in the upcoming episode.

In the midst of this debate between Shivam and Riya, Vyomesh will be seen trying to explain some things with Kevin. Vyomesh is already known for replying to his words, he has betrayed both Bhoomika and Aarushi. Perhaps because of this dot, Kevin and his friends can be seen in the subsequent episodes.

The first elimination of MTV Splitsvilla X3 will be with a shock, as it is going to be double elimination. One of the winning pair of last week’s task, Kat-Kevin, Nikhil-Palak, Sam-Janvi, and Dhruv-Riya is going to get a chance to go to Oracle this week.

Vyomesh will support Aarushi leaving the role
Since Vyomesh is already in the Golden Villa, he is also going to get a chance to save a girl from dumping. Forgetting last week’s quarrel, Vyomesh saves Arushi. Because of this, there is a big fight between him and Bhumika. Many big fights will be seen in the show in this dom session.

Couples in Silver Villa will also get the benefit of protecting girls from elimination. And meanwhile, Shweta Nair and Azma will be out of the game. It will be interesting to see how they are out now.