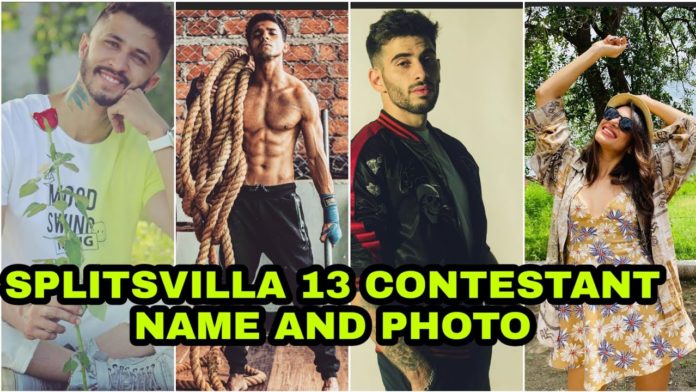 [Updated on 16th January 2021] MTV Roadies Revolution is all set to witness an epic grand finale in a few weeks. With talks around the ticket to finale tasks heating up, the buzz shifts to the probable and confirmed contestants who will be a part of MTV Splitsvilla 13. ‘Splitsvilla X3’ will replace MTV Roadies Revolution and the audience are excited to get the latest updates on the love drama reality show.

According to reports, Splitsvilla 13 is expected to start airing by the end of February 2021. MTV Roadies Revolution will wind up towards the end of January 2021 if there are no disruptions to the current production schedule.

Splitsvilla 12 was a glitzy event with several studs and heartthrobs making their presence felt. Meisha Iyer, Priyamvada Kant, and Ashish Bhatia stole the show with their glamour and gameplay. Splitsvilla franchise and Roadies have an interesting connection in terms of the contestants’ ensemble on the show.

The first confirmed contestant of Splitsvilla 13 was Kevin Alamsifar. After creating an astounding impact on MTV Roadies Revolution, Kevin will feature his prowess in the dating reality show, Splitsvilla X3. His beau, Arushi Chawla will also feature in the upcoming season of MTV.

Earlier this week, two new contestants were confirmed to be a part of the show. Vyomesh Koul and Samruddhi Jadhav are the two new entries into the splitsvilla contestants list for this season. Piyush Manwani contested in the live auditions for Splitsvilla 13 alongside Vyomesh Koul. Rashmi Chaudhary contested against Samruddhi Jadhav in the live auditions.

Janta aapke votes ka result aa gaya hai!
Congratulations to Vyomesh for being the next Splitsvillain. Stay tuned till we reveal the next one!#MTVSplitsvillaX3 co-powered by @philipsindia and @ManforceIndia pic.twitter.com/W0Jh3IEkkC

The wait is over! Aapke love aur support ne banaya Samruddhi ko next Splitsvillain!#MTVSplitsvillaX3 co-powered by @philipsindia and @ManforceIndia pic.twitter.com/LzgY74Sydy