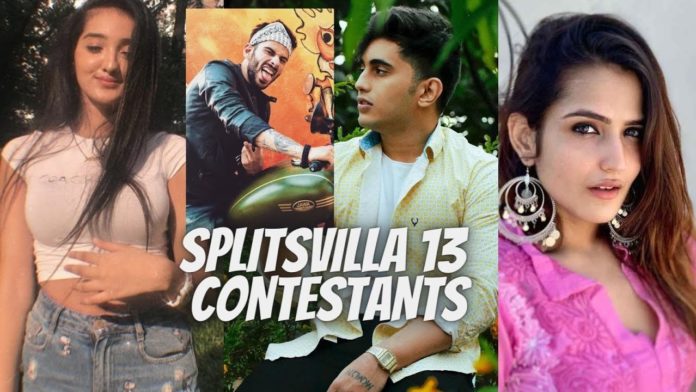 Splitsvilla 13 is all set make a huge impact from the 6th of March 2021. Love is in the air and will take over the screens with a new season of Splitsvilla. Hosts Rann Vijay and Sunny Leone are grappling with an amazing set of contestants and epic tasks. Splitsvilla X3 will feature new twists and turns in the upcoming season.

Splitsvilla 13 is currently being shot in Kerala, India. This edition of Splitsvilla will have two villas and a bunch of surprising changes to the format. The previous season of Splitsvilla was driven by the concept of the ‘chosen one’ and ‘ideal match’. However, Splitsvilla X3 will feature epic twists to the love saga, love triangles, betrayals and much more.

The confirmed list of contestants for Splitsvilla 13 will be announced soon. However, as a result of the live auditions this time, several contestants were confirmed as a part of the process. Also, a few other models, social media stars confirmed their participation by updating their Instagram bios.

As of now, twelve lovely ladies will join this edition of Splitsvilla. They will be flanked by eight handsome hunks who will attempt to woo the ladies from the first day. The male contingent of Splitsvilla X3 will feature noted Roadies Revolution and Ace of Space contestants.

Salman Zaidi and Kevin Alamsifar are the the studs to watch out for. They will be flanked by Jay Dhudane, an athlete and Dhruv Malik, a model and singer. Apart from these contestants, Splitsvilla 13 will feature some studs from the fitness industry too. Trevon Dias, Nikhil Malik and Samarthya Das will be the remaining contingent for Splitsvilla X3.