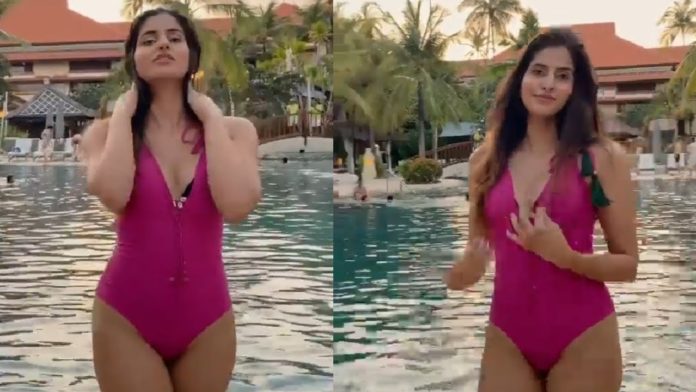 Splitsvilla 13 is all set to woo the audience of MTV India. With a stellar buzz around the contestants for this edition of Splitsvilla, the dating reality show looks promising. The shooting schedules for Splitsvilla 13 started in Kerala and the hosts Rann Vijay and Sunny Leone are teasing the show very often.

Recently, Sunny Leone shared a picture from the sets of Splitsvilla. She shared the daily menu for the Splitsvilla crew on her social media handles. However, the major suspense around the prospective contestants looms at large. Over the last few seasons, there is an innate connect between the contestants of Splitsvilla and Roadies.

Sakshi Mallik is a potential contestant for Splitsvilla 13. If all goes well, she will be back in MTV India’s most popular dating reality show to steal the hearts of her fans again. Sakshi Mallik is not very active on social media in the recent times. Hence, there are a lot of chances that Sakshi Mallik is going to join the crew of Splitsvilla X3 soon.