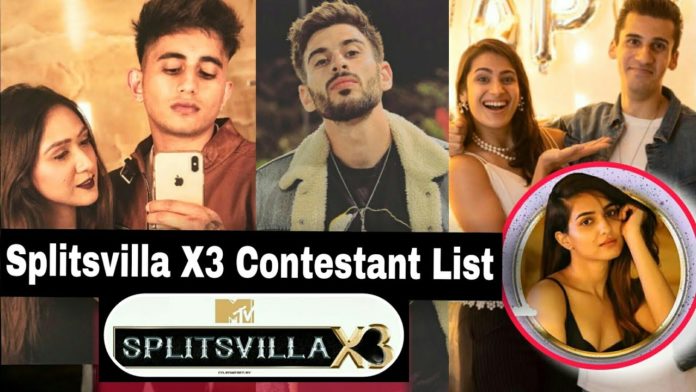 Splitsvilla 13 is around the corner and the hosts Sunny Leone and Rann Vijay will set the tone for a fantastic season. Earlier this month, Splitsvilla X3 launched its official trailer which unveiled the curtains on the excitement behind the dating reality show. Splitsvilla 13 will start airing from the 6th of March 2021 at 7PM IST on MTV India.

The hosts and the star contestants from previous seasons flew to Kerala to join the shooting crew. As a result, the buzz around the contestants of this edition of Splitsvilla grew among the audience. Splitsvilla X3 promises to be a rivetting tale of love, breakups, betrayal and loyalty. The format will also see changes starting from having two villas.

As of now, twelve contestants are confirmed to be a part of the dating reality show, Splitsvilla X3. The ensemble of babes and studs plays a major role in the success of every season of Splitsvilla. Splitsvilla X3 will feature contestants from other MTV shows like Roadies Revolution and Ace of Space.

The babes of Splitsvilla X3 look like a promising lot. Nikita, Riya and Samruddhi are well known faces in the social media as well as the entertainment industry.  Kat Kristian has a stellar following on Instagram which will impact her popularity. Kevin’s connect with Samruddhi will make eyes roll towards her in the beginning.

Splitsvilla X3 promises to be an entertainer. The final list of contestants will be confirmed by MTV India soon. However, most of these femal contestants updated their social media profiles with MTV Splitsvilla 13 tag.