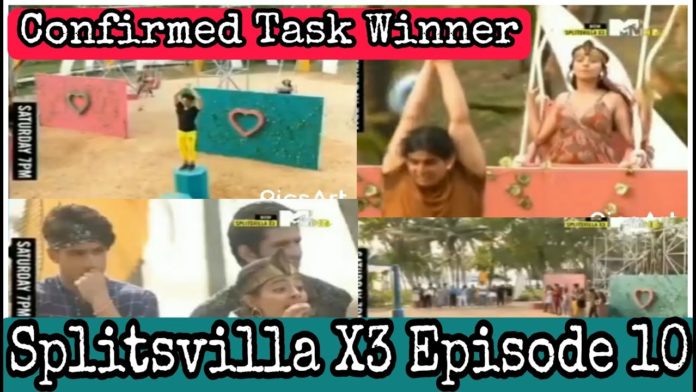 Splitsvilla X3 is back on Saturday with an impactful episode that will feature an entertaining task and lots of fights. After an epic and hilarious task last week, the 10th episode of Splitsvilla 13 will feature the Golden Opportunity challenge. The quest to enter the Gold Villa and save themselves and their partner is the first thing running on the minds of the Silver Villa contestants.

As expected, tough competition dawns on the competitors. However, the Golden opportunity task will take a huge chunk of the plot for this weekend’s episode. The two couples who will win the task have a special surprise awaiting them.

The girls of ‘Splitsvilla 13’ got an amazing opportunity to make the guys dance to their tunes. The task was fought for winning a shot at the coveted Golden villa. Vyomesh and Arushi were up against Jay and Aditi. The other battle was between Nikhil and Avantika vs Samarthya and Nikita.

Janvi made Vyomesh and Jay do the most number of pushups within a minute to earn their love bite. Vyomesh won the challenge. As expected, Nikita gave her vote to Samarthya as she wanted her team to win. Samruddhi danced with Nikhil for a vote. Arushi asked Samarthya to wear lipstick to win her vote. Vyomesh went to Arushi and she asked him to straighten her hair. Nikhil impressed Bhoomika with her dance. Nikita ditched Nikhil even though he cleaned her shoes.

According to reports, Avantika/Nikhil and Jay/Aditi are the winners of the Golden Opportunity Challenge.

Jay and Aditi were eliminated from the second dome session of Splitsvilla 13. However, in a shocking twist, Nikhil and Avantika saved Aditi and Jay.